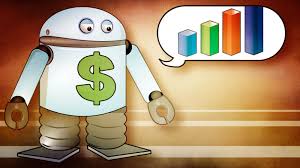 A customer called The Haywire Custom Shop and wanted to price a job on his Bass guitar to lower the action.  He was quoted $35. He said, “Why so high if you’re just lowering the saddles?” It occurred to me that he had no idea what was involved.  He just wanted the saddles lowered to achieve the desired string height. It’s difficult to explain to players that reality and their idea of reality are two different things. It’s even tougher to explain it without sounding rude. I know what he wanted which is lower action.
He wanted me to do it his way-which was to simply lower the saddles. However, if he already knows how to get the action lower and is asking me to do it, then why should I listen?

What if we listen to the customer and it comes out badly? Then who’s fault is it?

This kind of back and forth goes on all the time with customers in our guitar shop. It makes more sense if a customer is going to call an expert for work to let the expert handle it rather than try and “tell him how to do it”.  What if we listen to the customer and it comes out badly?  Then who’s fault is it?  Should we tell the customer we did it the way he suggested ?  Maybe let him think he solved his own problem with some minor assistance from us?

Do we say, sorry you have no idea what you’re talking about so we did it the right way?  I often get confused about what to say sometimes when I’m in that situation other than, “what do you like about your instrument and what don’t you like”?  Usually while listening I’ll get a list started about the likes and don’t likes then promise to get everything on the “What I like about my instrument” side of the list before turning it back over to the customer.

Common sense should tell us………

We’re all customers at some point and need to be mindful that the reason we go to an expert for advice. Is it because most likely we tried to remedy it ourselves and couldn’t?  Common sense should tell us to shut up and listen, or better yet just describe the problem and ask if it can be fixed, if it’s “yes” then say thanks.  I’ll let you handle it. When will it be ready?  Nothing more needs to be said until it’s ready and it’s time to decide if the problem has been corrected. If “yes” then that’s all there is to it.

The fix for the above example consists of a several part adjustment process for lowering action. As a result, starting with the neck, first check the truss rod to see if it’s bowed causing higher than normal action, a look at some filing on the nut to gain lower action at the strings near the tuners, then a look at the alignment angle in the neck for some correction, finally lowering the saddles for a four pronged approach that will make him a happy player and provide a long term fix. Apparently the customer didn’t know about the other three ways to lower action so was the quote too high?  No, it was very reasonable with many more operations involved than the customer realized.